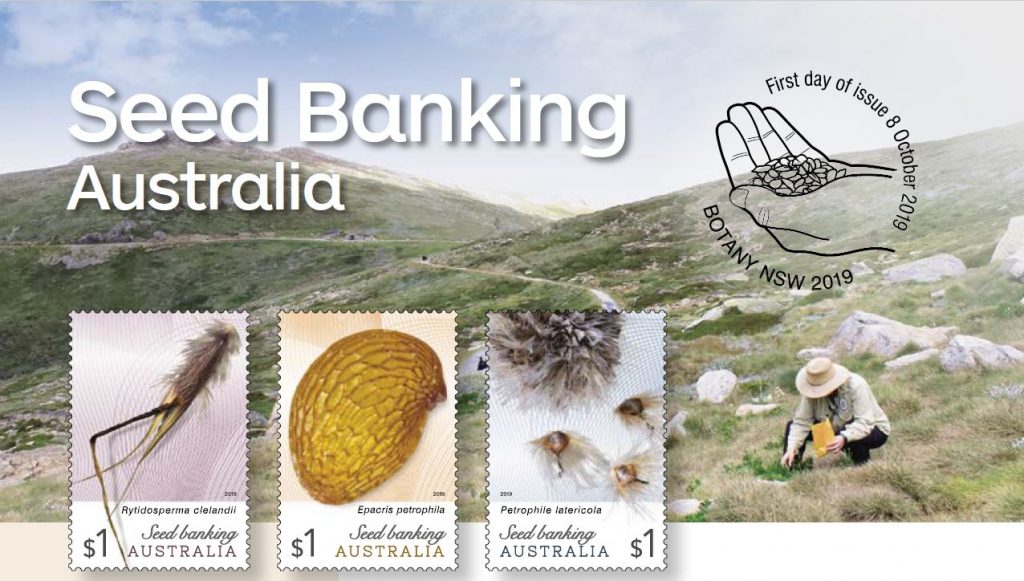 The three species depicted on the stamps represent some regional, habitat and type diversity, as well as the various means by which plants have evolved to spread their seeds: 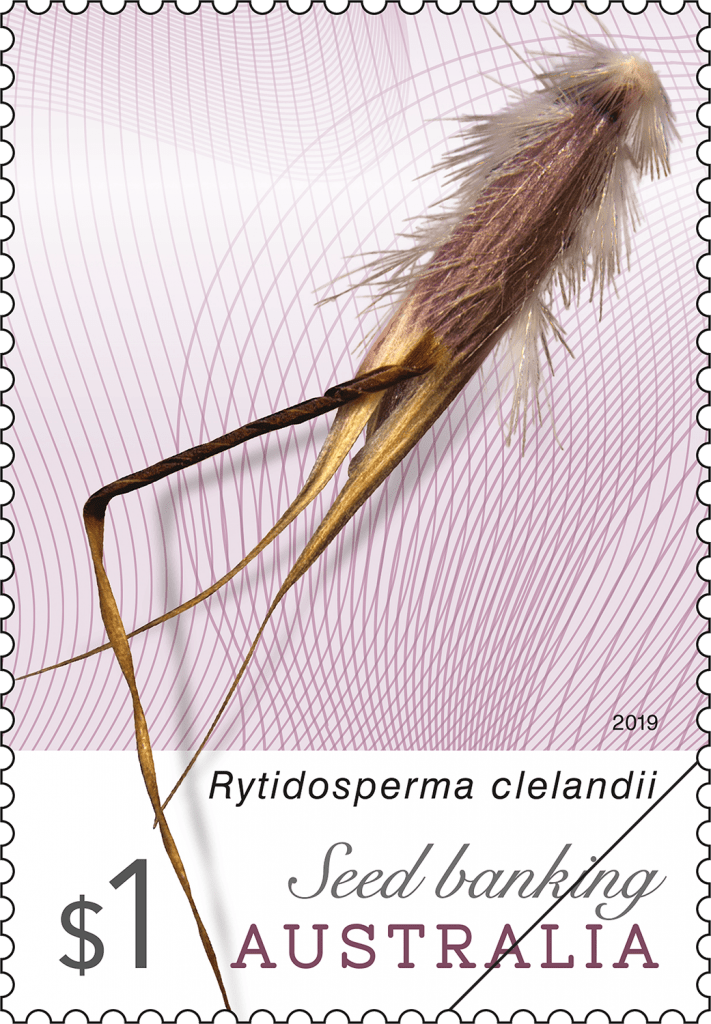 Rytidosperma clelandii, also known as Cleland’s Wallaby-Grass, is a tufted perennial grass that is highly localised, growing only in the wetter parts of the Mount Lofty Ranges, in South Australia. Its short bristly hairs suggest it is transported in the fur and feathers of wildlife. This seed image was captured by Dan Duval, South Australian Seed Conservation Centre.

Epacris petrophila, or Snow Heath, is a near-threated species that grows in the Australian Alps and in restricted high-altitude areas in Victoria and Tasmania. Its microscopic seeds suggest dispersal by wind or water, mixed with grain or soil, or in mud stuck to the feet of birds frequenting the same boggy habitat. This seed image was captured by Brook Clinton, National Seed Bank. 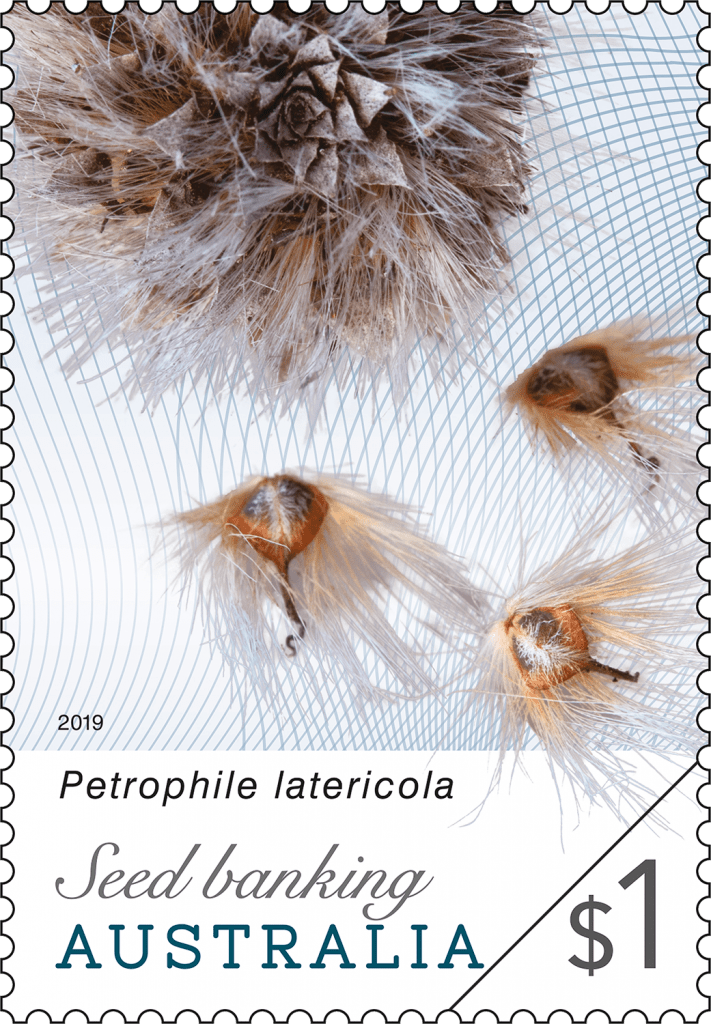 Petrophile latericola is listed as endangered and occurs naturally only in areas south-east of Busselton on Western Australia’s southern Swan Coastal Plain. Its shuttlecock-like seeds suggest they are dispersed by the wind. This seed image was captured by Andrew Crawford, Western Australian Seed Centre, Kensington.

The Australian Seed Bank Partnership is proud to partner with Australia Post to develop and release these stamps. We hope that they can contribute to improving awareness of the importance of plant conservation and the role that seed collection and research can play in saving Australia’s native flora for the benefit of future generations.

The full collection is on sale from Australia Post Collectables from 8 October while stocks last.

Resources available to support flora conservation activities are limited. At the same time we are experiencing greater demands on seedbanks and related expertise in response to the bushfire crisis. We are also working to support other ecological restoration challenges while building awareness, knowledge and capability in our community.

Your support can make a direct contribution to this important work.